DJ Tron at A Modern Urban Wedding at the Four Seasons Hotel in Atlanta, Georgia 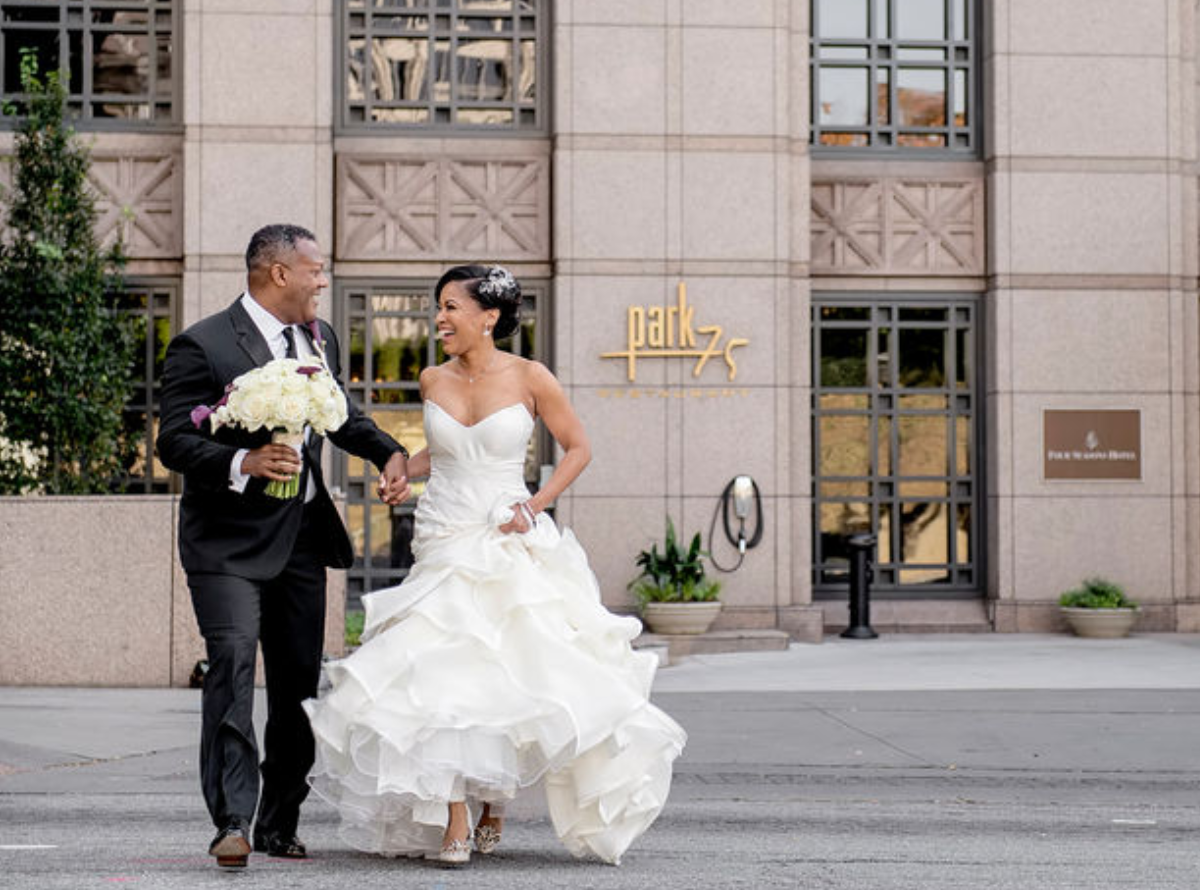 FEATURE from The Knot

A Modern Urban Wedding at the Four Seasons Hotel in Atlanta, Georgia from TheKnot.com 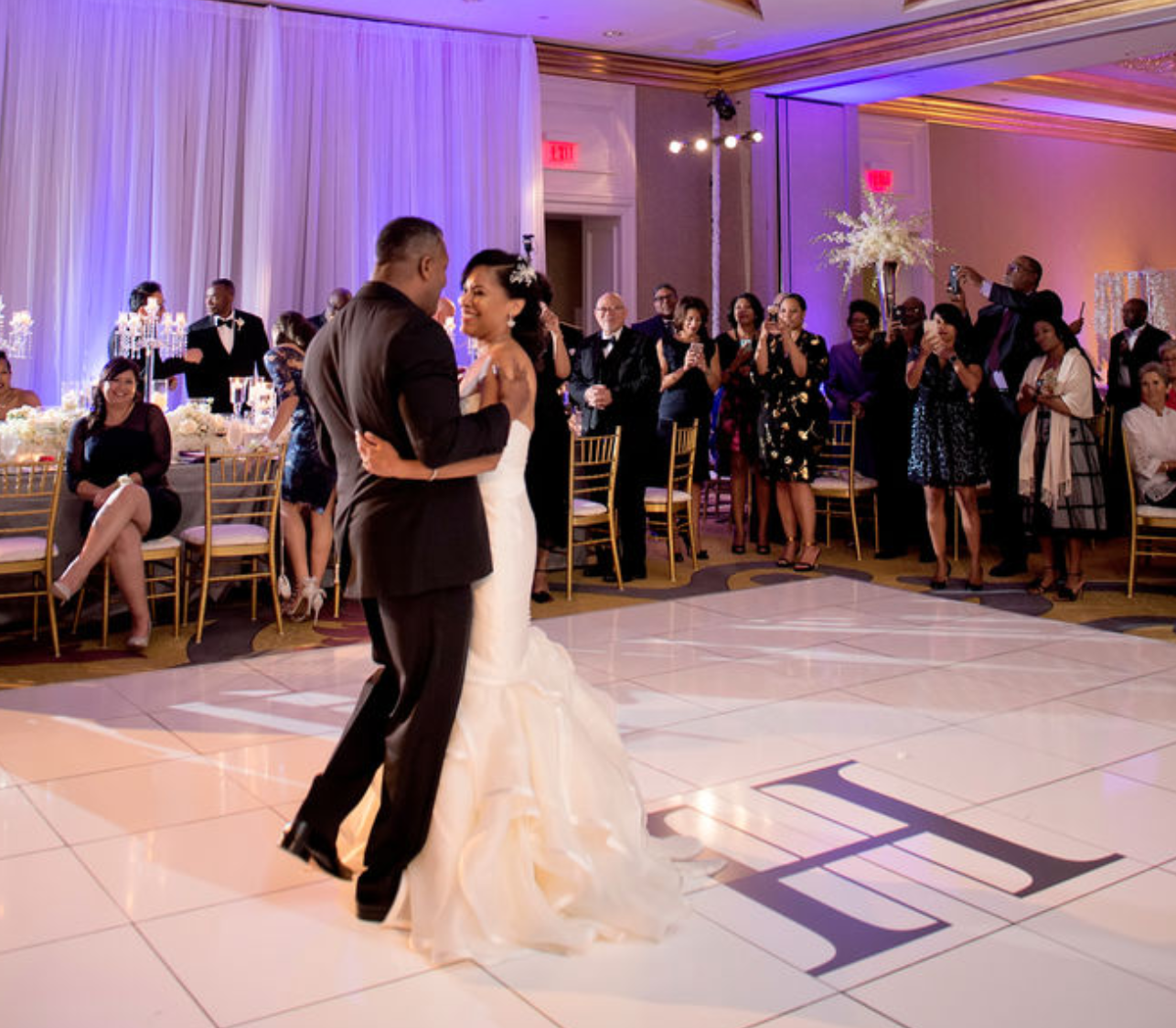 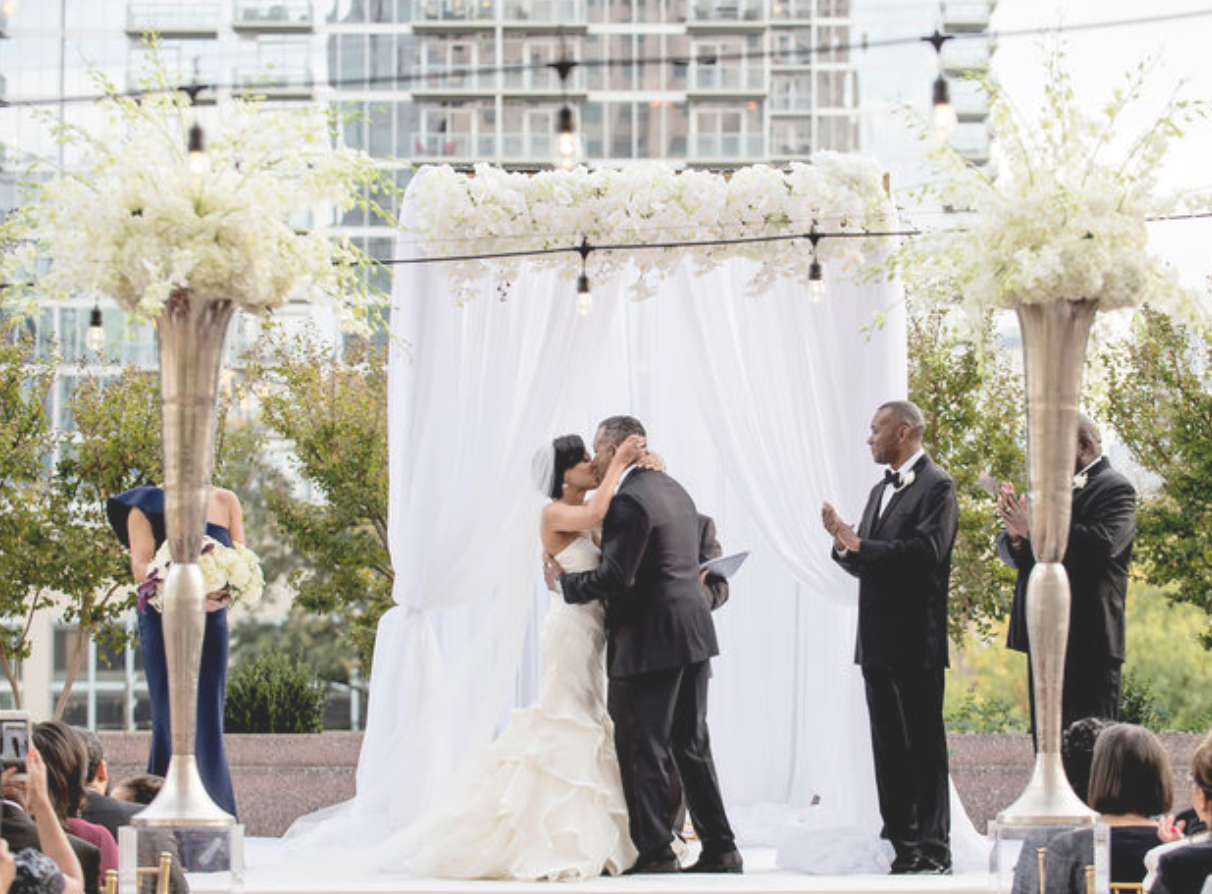 When searching for a wedding venue, Angela Hilliard (47 and a chief strategy officer at an education nonprofit) and Nicholas Harrell (55 and an institutional investment manager) thought of one of their favorite hangout spots: Bar Margot at the Four Seasons Hotel in Atlanta, Georgia. The couple exchanged vows on the posh hotel’s rooftop with the city skyline as their backdrop, then celebrated with a glamorous ballroom reception and after-party at Bar Margot. “Nick and I are city dwellers,” Angela says. “We love Atlanta city life, and we wanted a venue that highlighted the beautiful skyline and energy of midtown Atlanta.” Angela and Nicholas decked out their venue in lavish flower arrangements, crystal, an abundance of candles and a palette of ivory, charcoal, navy and plum. The couple’s traditional Christian ceremony incorporated Scripture readings, a sand ceremony and a jazz trio and vocalist. Angela’s cousin, an ordained minister, officiated the ceremony. Her father escorted her down the aisle to Stevie Wonder’s “If It’s Magic,” and the newlyweds walked up the aisle to a jazz rendition of “Signed Sealed Delivered (I'm Yours)” as friends and family tossed rose petals. During cocktail hour, the couple served two signature drinks: an old-fashioned for her and a dirty martini for him. “Nick and I are all about the food, so we wanted to serve a menu that was representative of Atlanta’s food scene—good food and great fun,” Angela says. Dinner included a series of food stations, such as beef and chicken sliders with truffle fries; grits with shrimp, short ribs, and duck confit; herb-crusted tenderloin and roasted root vegetables; and a salad station. After dinner and dancing, the couple made their grand exit down the hotel’s formal staircase as guests blew bubbles. The newlyweds capped their celebration with an after-party at Bar Margot. —Marissa Hermanson